A while ago, my buddy Oxguin was thinking about the blocking on Twitter, specifically because of Donald Trump. 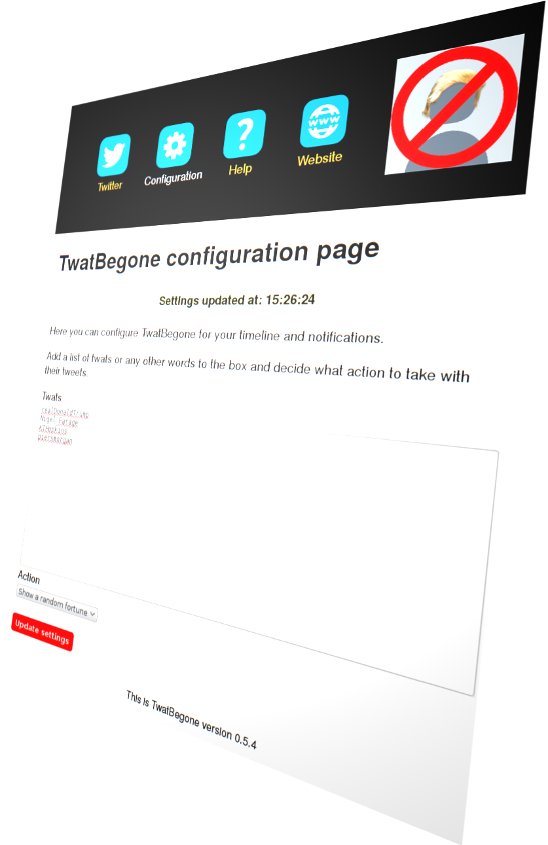 What happens, you see, is that when Trump says something twattish, as he is wont to do, all the non-twattish people on Twitter start telling him how much of a twat he is for saying it. Just like in the Tom the Dancing Bug comic in fact.

Twitter’s block tool may be able to stop you from seeing @realDonaldTrump's tweets. But if someone angrily replies to it, you'll see that.

What Oxguin realized was that a better way was needed to remove twattery from one's Twitter entirely.

So we decided to build it.

Its written in plain old javascript and has some very useful features including the following:

Despite the silly name, I can imagine it being a useful tool for some folks.

The ability not to see abusive tweets is certainly something Twitter don’t seem to have cracked. To make such a thing with TwatBegone would be doable just by creating a list of block words. Similarly for hiding NSFW things when checking your personal Twitter at work.