It has been just over a year since the Snowden revelations first confirmed what many of us had suspected for some time — the NSA and GCHQ were in the personal data collection market in a big way.

And it wasn’t just targetted data (like of criminals or terrorists, for example) they wanted. They wanted in on the big data revolution too. Bulk collection of all sorts of data with varying degrees of co-operation from the big social networks, email providers and search engines was happening at a scale that would even give Google pause for thought.

More surprising was the total lack of government oversight. It’s one thing to spy on baddies, and even competing states; spies have always done that. But spying on entire populations? Billions of conversations monitored, tagged and saved for future use? Like a bad rip-off of The Minority Report the spooks were interested in “post-crime” now. See what happens and crawl the data later to find out how. I imagine that they have pretty good data modelling allowing them to predict future events of interest, too.

Last week, Vodaphone were the first UK telco to confirm that spies have installed the hardware to let them listen in on any call on their network. Naturally they claim to have no idea how often this has happened. And naturally this will seem not to be any sort of betrayal to their customers. In The Concealment of the State, Jason Royce Lindsey writes

Many surveillance technologies are now tied in with required social practices or, at least, social expectations. For example, mobile phones are now not only a convenience but a necessity. The argument is that a cell phone provides one with a safety net in daily life.

I believe that the current situation is going to get worse and not just because of the spooks or the ubiquity of surveillance technology.

In 1965 Gordon Moore, co-founder of the Intel corporation, predicted that computing power would roughly double every 18 months for the forseeable future. This has remained a pretty accurate prediction to this day. In 2011, Bruce Schneir speculated

We’re only a few generations away from being able to record our entire lives — in audio and video — and save the data. It could be introduced as a preemptive defense mechanism, “in case you ever need to prove an alibi” or a public-good mechanism, because “you never know when you’ll be a witness to a crime.” Someday not wearing your life recorder may be a crime.

However, I think that the democratisation of mass surveillance will begin with the police.

Envious ACPO eyes must already be fixed on Tempora

In the UK, it isn’t just MI5 and MI6 who spy on political activists or “terrorists”. The Met are in on the act too. And the Met, along with the other UK police forces have a frighteningly effective lobbying group in the Association of Chief Police Officers. Envious ACPO eyes must already be fixed on Tempora, PRISM and the rest. Given that the UK state seem less than keen on defending our privacy from the spooks, why should they mind the cops listening in too?

There is good evidence to suggest that the situation between the NSA and law enforcement in the US is even cosier. According to the Washington Post, “tips from the NSA are added to a DEA database that includes ‘intelligence intercepts, wiretaps, informants and a massive database of telephone records.’”

Once a technology exists, it spreads. And information wants to be free. Not even the NSA seem to be able to stop data leaks. Between pressure from politicians and law enforcement and monumental security fuck-ups, data from the big barn in Utah and the Cheltenham donut will become more accessible to more people than it is now.

And that data will be used in questionable ways. Maybe it already is. I would be surprised if it weren’t. In the UK a few years back local councils were using anti-“terrorist” surveillance powers to investigate incidents of dog fouling and littering.

States know this all too well. The UK government may have been wanting to normalize mass surveillance when it unsuccessfully tried to introduce the so-called snooper’s charter. 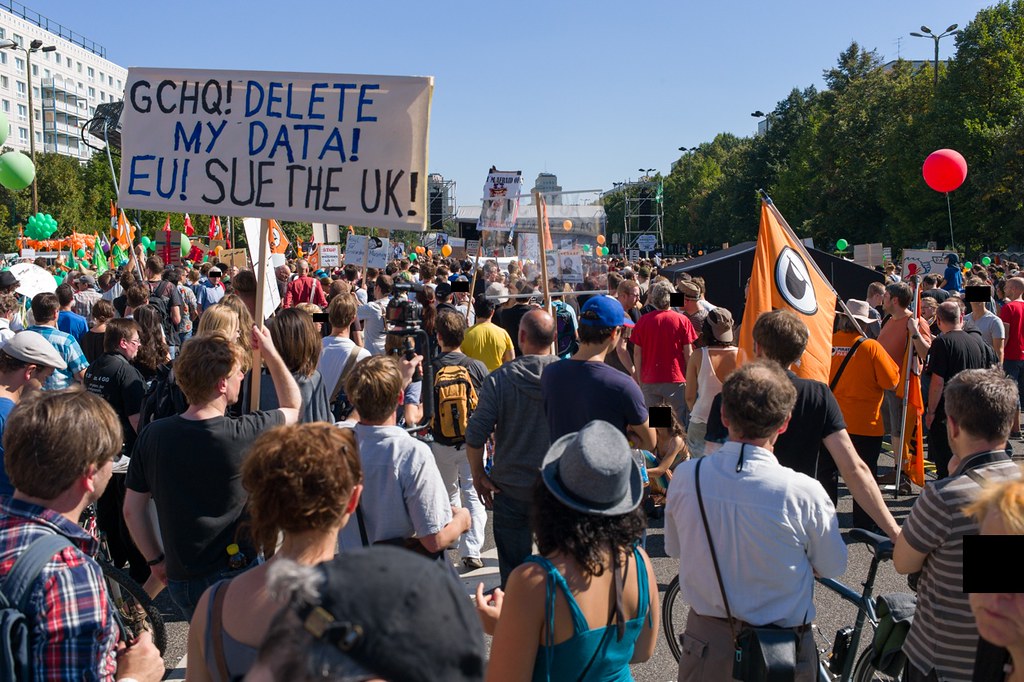 Every one of us is already a surveillance target, and not just on Facebook. In the future, draconian surveillance powers will ‘trickle down’ from the spooks to the “normal” bureaucrats and a panopticon society will evolve. Unless, of course, we change the future.